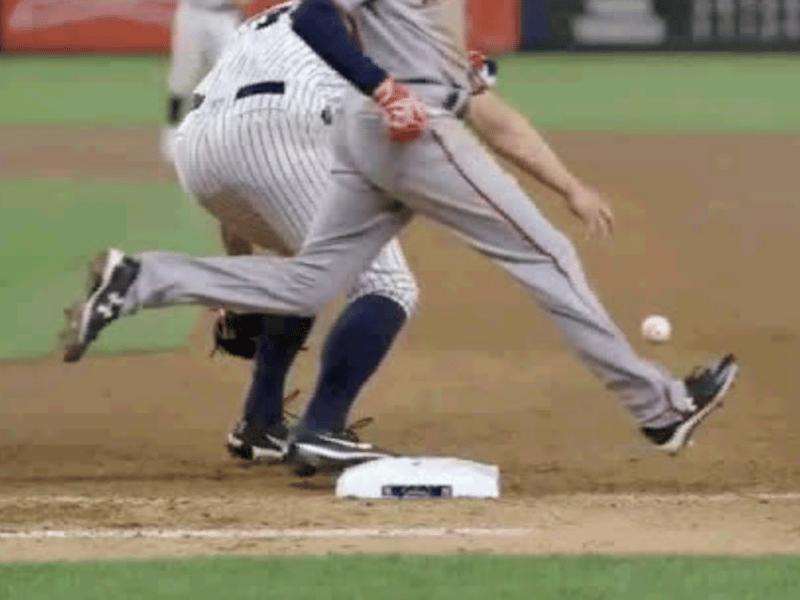 Can a runner go back and tag a missed base while the ball is dead? Well, that depends. Here are some circumstances to consider.

Can a batter hit a pitched ball that has bounced in the dirt?