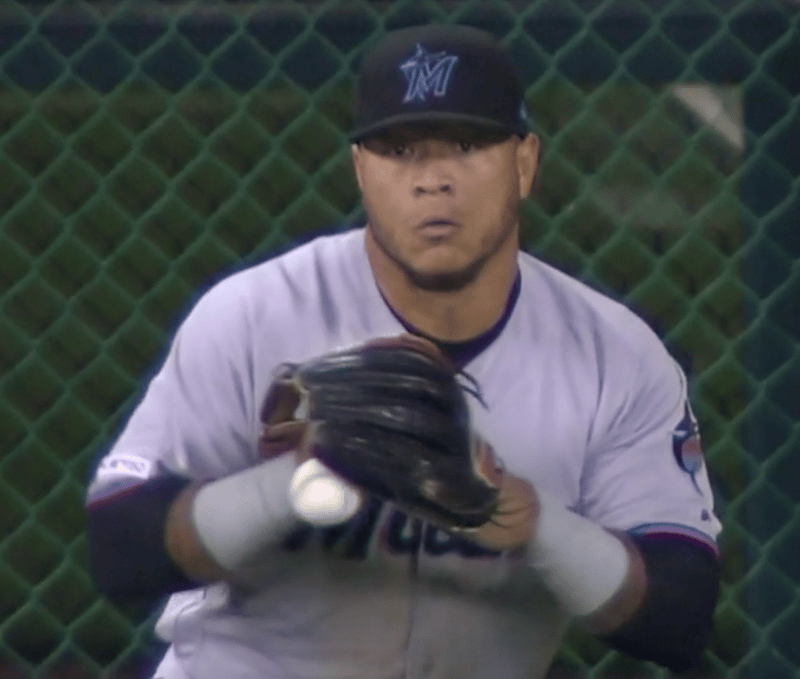 The Marlins beat the Tigers 5-4 in 11 innings on Tuesday night. A costly overturn of a “no catch” on the field call could have contributed to the Tigers’ defeat.

The Tigers were batting in the bottom of the ninth with runners on first and third and one out when Ronny Rodriguez hit a fly ball to left field. Marlins’ left fielder Harold Ramirez struggled with the catch and the umpires on the field ruled “no catch.” Both runners tagged-up on the play, and advanced to the next base with Nick Castellanos, the runner on third, scoring the tying run.

The Marlins challenged the “no catch” call on the field and the call was overturned in NYC. The Replay Official allowed the advance of both runners. When the game resumed the score was tied 4-4 but the Tigers now had two outs instead of one and lost a runner.

After polling a few Major League umpires, the consensus is that before Official Replay this play is not ruled a catch. But of course, the use of slow motion video introduces a new way for arbitrators to judge every play.

Ron Gardenhire was ejected (80th career) for arguing the reversed ruling from Replay Center in New York. “I wasn’t arguing,” Gardenhire said. “I was just explaining to him, when you slow everything down it’s obvious to see where the ball might have stopped, but it was continuous play where he was bobbling it and he never had control of the ball. That’s exactly what I was explaining to him and he said, ‘I know, Gardy. I called it.’ So where do you go from there?”

“We all saw what happened in fast speed,” Gardenhire said. “Then you slow it down and it looks like it might have stopped in the glove for a second. But (Ramirez) never really controlled that ball. It ended up on the ground. I just wanted to make that point. He never controlled that ball.”

What to Know About Trips to the Mound