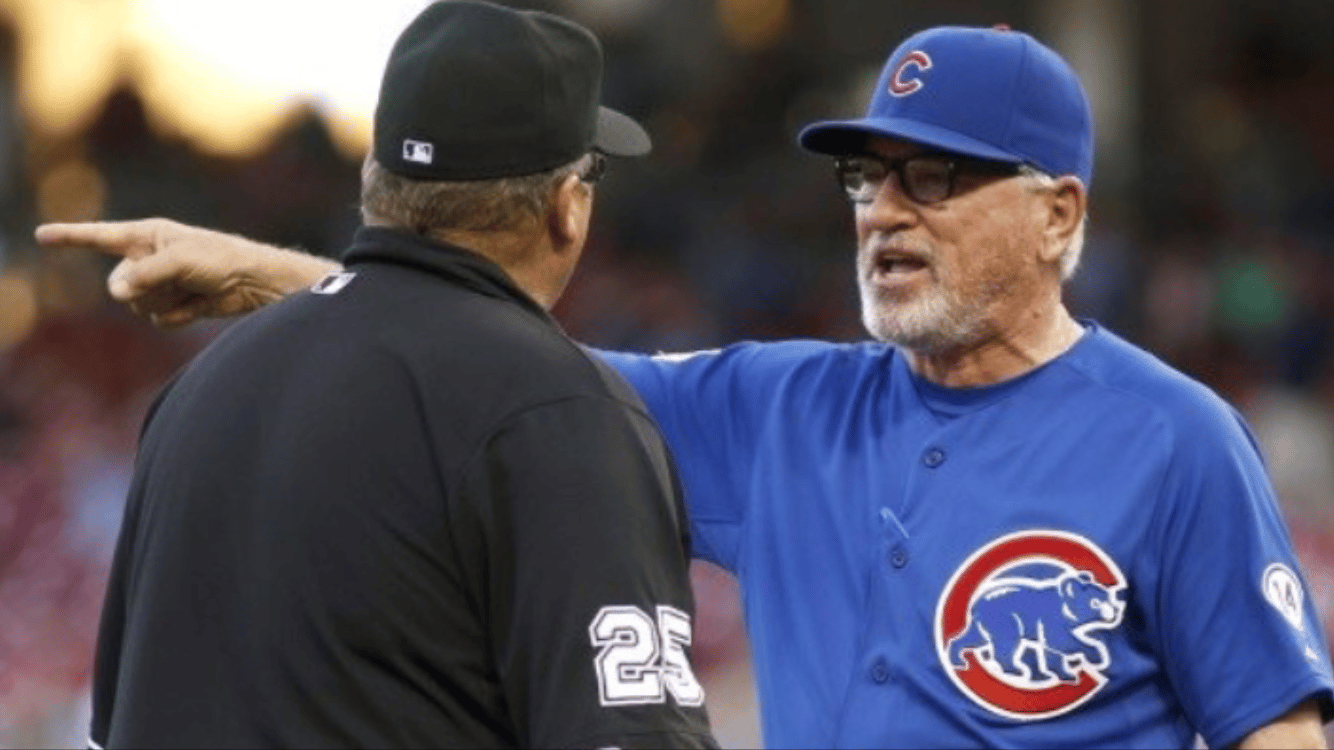 With last month’s Cubs-Nationals game ending in a protest from Joe Maddon, the topic of protesting in baseball came back to life. Although it is rare, with protests only being upheld 15 times in Major League Baseball history, it allows teams an avenue to enforce the Official Rules of Baseball at times when the umpires have made a mistake. No, Armando Galarraga’s perfect game will never be saved from a protest, and no, that strike call with the pitch being a foot outside is not eligible either. The balk or no balk, controversy last month is, and was, a cause for protest.

What happens next? What is a protest? The section on Rule 7.04(4.19) of this site states, “Whenever a manager protests a game because of alleged misapplication of the rules the protest will not be recognized unless the umpires are notified at the time the play under protest occurs and before the next pitch, play, or attempted play. A protest arising on a game-ending play may be filed until 12 noon the following day with the league office”. In the Cubs case, Maddon notified umpire Sam Holbrook at the time of the infraction, so the protest moved to the office of Major League Baseball’s Executive Vice President of Baseball Operations.

The office will determine if the umpire’s decision is in violation of the rules. If the Vice President of Baseball Operations deems the decision in question is in violation of the rules, there is still more to determine in the protest process. The office will now decide if the decision, as Rule 7.04(4.19) says, “adversely affected the protesting team’s chances of winning the game”. If, and only if, the office is under the impression that the protesting team was adversely affected, will the game be replayed from the point of protest. The office will have the absolute final say on the protest, no challenges or appeals will be granted.

Years ago, a protest would cost a team a nominal amount of money to file. At the time, the Minor League protest fee was $50 and slightly higher for Major League protests. Nowadays, there is no financial cost to filing a protest.

In my interpretation, whether the protest was upheld does not matter, in the end. It is only relevant if the protested incident had a direct impact on the outcome of the game. The only protest to be upheld in the last 30 years came in another Cubs game, this one in 2014 at Wrigley Field. The protested incident had nothing to do with an umpire ruling, instead, a grounds crew mishandling of the tarp, causing the game to be called with Chicago leading the Giants 2-0 in the middle of the fifth. San Francisco filed a successful protest, and the game was resumed two days later.

Perhaps the most infamous upheld protest is now known as The Pine Tar Game. George Brett sent a Goose Gossage pitch into the right-field seats in Yankee Stadium, which gave the Royals a 5-4 lead, for the moment. Yankees manager Billy Martin showed the umpire the pine tar on Brett’s bat, they ruled it to be too high and called Brett out to nullify the home run. The Royals protested umpire Tim McClelland’s ruling. American League President Lee MacPhail upheld the protest, leading to the resumption of the Pine Tar Game after Brett’s reinstated home run nearly a month later, and the event will live in baseball lore for eternity.

Is this Batter out of the Batter’s Box? Red Sox Manager Thinks So